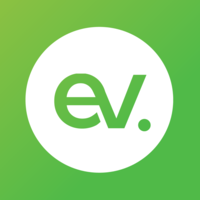 ev.energy is helping consumers charge their EVs in the most cost effective and least carbon intense way possible, whilst saving them money! We partner with energy companies such as Igloo Energy, Rolec Services and ESB to deliver tariffs and products which integrate smartly with electric vehicle and their chargers.
We’re a small and nimble team but we already serve electricity companies and their customers across the world with pilots ongoing in Europe and North America.
Since we were incorporated 18 months ago, we’ve grown from 0 to a large number of users, raised a funding round, collaborated with 15+ energy companies and saved over 5 tonnes of CO2. We were part of Microsoft’s first AI for Good cohort, recently won the EDF Pulse Innovation Challenge and were named the “Best Energy Startup in the World” by Free Electrons!
Our backend platform is mostly Django with a Postgres database. We use some common Python & Django libraries such as Numpy and Django Rest Framework as well as Django’s built in testing framework and Selenium. All our native apps are built using React Native using common React Native libraries such as Redux and Sagas for state management. All of our infrastructure is hosted in AWS and deployments are managed with Ansible and CloudFormation.
Find more details about each role at https://ev.energy/careers/

Never miss out on python jobs

You'll be able to customize your job subscription by remote/onsite, search, location and more... Subscribe